nbn™ is available fibre to the node/basement

how do we do things around here

The National Broadband Network – or the Australian nbn™ – is here and it’s about time you found us because we are your new ISP. Our nbn™ broadband plans are hassle-free and we offer great rates between mates and no lock in contracts.

We believe in great value internet service for everyone, so we have designed nbn™ internet plans to suit all users and households operating on any budget. When MATE is your nbn™ provider you stay in control of your costs with simple, straight forward options. Choose your peak time download speeds ranging from 10mbps through to the ultra fast 83 mbps and stay uncapped for life. Yep, you read that right. You stay uncapped for life.

All of our packages are in easy, plain spoken value and include unlimited data and $0 set up fee when you have your own nbn™ ready modem. Don’t worry if you haven’t got a modem, though, because we’ll throw a pre-configured one in for an easy $149 and get you online in no time.

We’re about making it fast and easy to get online. We want to offer everyone the best value rates – Mates rates – get the best possible price and ensure that you’re connected, configured and ready to surf the Internet as soon as possible. You stay in control of your service. We don’t hit our customers up for hidden costs, cap your download speeds or hide anything in the fine print – you don’t need a lock in contract between mates.

If you are already a mate with us then we can improve your nbn™ options with phone plan inclusions. Give us a buzz and one of our friendly, Australian based support staff can walk you through all of our rollout plans and how including a mobile SIM in one of our bundles can add even more value. You can also choose to include a home phone option with your nbn™ bundle.

what nbn™ plan do I need?

Well, there really are plenty of options to choose from. If you have a serious need for wireless speed – and, really, who doesn’t? – then we can cater to your every nbn™ whim. Our offers start with a cool peak time speed of 10 mbps, which could be a little slower depending on your type of nbn™ connection. (Keep reading because we’ll go through exactly what the difference between the connection types are.) Speed offerings are typical evening speeds which means we take into account how many other people might be pumping through the network and our speed offerings are as accurate as we can make them.

So, for a 10 mbps plan you might have 1-2 people using the network simultaneously and one TV streaming in HD. If your household is a bit bigger than that, then we’d recommend a higher speed plan. For families using multiple screens at one time then we’d recommend the top end of the higher speed range to avoid the potential for annoying speed lags and wrestling amongst your family.

when is nbn™ planned in my area?

The nbn™ has hit the latter stages of rollout and the large metropolitan centres like Sydney, Melbourne, Brisbane and Perth are reporting nbn™ ready homes waiting for the switch over. You’ll know that your home has been made ready for the nbn™ if there’s a grey box installed near your electrical box, or if you’ve received a letter from nbn™ directly. If you’re not sure whether a grey box has been installed at your home, or if you live in an apartment building and you’re not sure if the building has been connected to a distribution node, then we can help.

You’re not sure whether you have access to the nbn™ yet? No sweat. Check your address with us and we’ll let you know if your property is nbn™ ready or when it will most likely be ready. It’s also a good idea to check what type of nbn™ connection you have – or are likely to have if you’re not on the network yet. Knowing whether you have Fibre to the Premises (FTTP) or Fibre to the Node (FTTN), for example, will give you a better idea of home internet speeds when you’re picking the best plan for your home.

OK, so there was a lot of talk about the nbn™ rollout and how it was originally designed to be installed, and then how it was changed to a different kind of connection once the rollout had already started. Basically, the network was originally going to be installed as a ‘Fibre to the Premises’ (FTTP) connection type (with Fixed Wireless and Sky Muster Satellite for regional and rural areas) but, because of a whole bunch of reasons, it was changed to include services that use the copper telephone network – Fibre to the Node (FTTN) and Fibre to the Building (FTTB) type connections, along with Hybrid Fibre Coaxial (HFC) connections that use existing cable networks. More recently, a Fibre to the Curb (FTTC) connection type has been offered which lessens the run of copper for the connection.

There are seven types of connection involved with the Australian nbn™. The first is known as Fibre to the Premises or FTTP. This type of connection includes a fibre optic connection between the fibre distribution hub and your premise, and is considered the fastest connection type available. You may experience speeds on your MATE nbn™ plan at a little lower if your home was not installed with an FTTP type connection.

The final nbn™ connection that uses copper telephone lines is Fibre to the Curb or FTTC. This is like FTTN, but instead of a node the copper wiring starts at a telecommunications pit on the footpath in front of your house (also called a distribution point unit). Instead of hundreds or more metres, the copper cabling on an FTTC connection is often under 100 metres. As such, it’s much faster than FTTN.

Finally, Fixed Wireless and Sky Muster™ satellite are wireless technologies used. Fixed Wireless is a technology that connects rural and regional areas to the nbn™. It uses ground-based base tower stations to provide a wireless signal to your home. Fixed wireless essentially uses the same technology as existing 4G mobile networks in Australia from Telstra, Optus and Vodafone. Fixed wireless cells are optimised for the number of users in each location and have dedicated fibre backhaul to the nearest point of interconnect (POI). Sky Muster™ satellite on the other hand is another wireless service that delivers the nbn™ to homes and businesses in more remote areas of Australia, via two satellites.

is nbn™ better than ADSL?

The short answer is absolutely, yes it is. ADSL2+ has a maximum speed of 20 Mbps but most customers don’t experience that speed due to a variety of factors, particularly how far a premises is from the local telephone exchange, and the condition and quality of the copper phone lines in the area. Our nbn™ plans include typical busy period speeds of up to 83 Mbps which is nearly four times as fast as the maximum speed available and more than ten times as fast as the speed ADSL2+ customers regularly experience. Switch over to nbn™ with great rates from MATE and see the difference for yourself. We’re pretty confident you won’t look back once your household is on the nbn™. switch to mate 50% off on all plans

Tired of your unstable internet connection? Switch to mate to enjoy a strong, reliable connection at home! 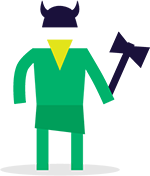 we cant find you!