12 ways to make your internet faster Whether you’re streaming your favourite Netflix show, making a purchase online or in the middle of an important Zoom meeting, the last thing you want is to be bogged down with a buffering screen or patchy audio because your internet connection isn’t up to the task. These days, having a slow internet connection can mean a lot of frustration given that so much of our lives are now online.

But we’re here for you! In this article we take you through 12 things you can do to boost your internet speed at home.

How to increase internet speed via your router/hardware

1. Find a good spot for your router

Perhaps the simplest answer to the question – ‘How to get better internet speed?’ is to consider the location of your router. These devices rely on Wi Fi signals after all, which can be easily blocked by physical barriers. Making sure your router is placed in an elevated, open area where there are no obstacles (like walls and furniture) between it and connected devices can make a big difference to the download speed and ensure that Wi Fi signals aren’t being blocked. Steering clear of placing it next to electronic appliances is also a good way to cut electrical interference that can lower your Wi-Fi speed.

If your router is relatively new, but a slow internet connection is getting you down, part of the problem may be that your router is running on outdated firmware. Logging into your router settings and downloading the latest firmware update from the manufacturer’s site can be an easy internet speed booster hack.

3. Use a wired Ethernet connection

We’ve already touched on how things like walls, appliances, long distances and other nearby routers can interfere with your Wi-Fi signal. Luckily, there’s a fool-proof solution to this: using an Ethernet cable! Rather than relying on signals whizzing through the air, just connect an Ethernet cable between your computer and your router’s LAN port for a speedy, uninterrupted internet connection. This also has the benefit of freeing up wireless bandwidth for other Wi-Fi devices.

If you wish to extend your Wi-Fi coverage we don’t recommend WiFi extenders or Power over Ethernet adapters (sometimes called powerline adapters). These devices can cause other issues such as dropouts and speed issues. Instead, if you require stronger Wi-Fi to cover a wider area of your home, then we would highly recommend a Mesh WiFi router system. These devices consist of a main router that connects directly to your nbn equipment or modem, and a series of modules placed around your house for full Wi-Fi coverage and therefore, better internet speeds. The main advantage here is that all Mesh products form part of a single wireless network and share the same wireless name and password, unlike traditional Wi-Fi routers or WiFi extenders.

A well-placed Mesh Wi-Fi system will amplify the Wi-Fi signal coming from your modem/router to give you greater coverage throughout your home and in turn, better internet speeds from your Wi-Fi network. So you can say goodbye to those dead spots and weak signal areas, and hello to faster internet.

When looking at how to improve internet speed, buying a new router might just be your ace in the hole. A new router with bigger (or more) antennas can mean greater bandwidth, longer Wi-Fi range and faster internet speeds for connected devices around your home. Wi-Fi 6 routers are the latest innovation in the world of home Wi-Fi technology, offering much higher speed limits than previous versions, especially in the face of a busy home network. Though if you really want to experience the benefits of this new tech, you’ll need your connected devices to be Wi-Fi 6 compatible as well.

How to increase speed via Wi-Fi settings

A quick crash course in internet terminology: in order to transmit a wi-fi signal, your router has to be tuned to either the 2.4GHz Wi-Fi frequency band or the 5GHz band. Depending on what your home looks like and what your needs are, one of these will likely be better than the other. While the 2.4GHz band can transmit a signal over a longer distance and better penetrate physical barriers, it won’t provide as high an internet speed as the 5GHz band. But what the 5GHz delivers in speed, it loses in range. So, choose accordingly.

Let’s go one step deeper. Each frequency band has a number of channels, which are essentially just smaller bands of the radio frequency. 2.4Ghz has 11 Wi-Fi channels and 5GHz has 45. Neighbouring routers and even electrical appliances can interfere with some Wi-Fi channels more than others, causing slow Wi Fi connections. So, using a tool like Microsoft’s Wi-Fi Analyzer to pinpoint the best channel and then switching your router settings accordingly can really do wonders in helping you achieve faster internet speeds. Online applications like gaming, streaming in HD and 4K, downloading files and making video calls, all eat into your router’s bandwidth, thereby giving you and everyone else on the

Network a sluggish internet experience. A neat way around this is to access your router’s Quality of Service (QoS) setting which allows you to prioritise these kinds of applications. From there you’ll be able to have final say on which apps deserve the most bandwidth and should receive the greatest speed. This can be a good way to boost your internet speeds.

How to increase speed via your browser

This isn’t so much to do with optimising your router’s performance, but more about streamlining your actual web browser, whether it’s on a desktop or your mobile devices. All of your online activity inevitably leads to some digital clutter that can slow things down. Emptying the cache in your browser, as well as clearing all cookies every so often can make a big difference to your browser speed.

How to increase speed via security settings

If you haven’t yet fitted your Wi-Fi network with some digital amour in the form of encrypted password protection, people outside your household could be getting a free ride on your internet plan. Too many devices all trying to use the internet at the same time can spell havoc for connectivity and performance. So, to avoid a bottleneck internet bandwidth situation (and to protect yourself from hackers) update your router’s security with a secure password. 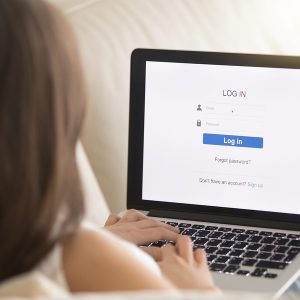 How to increase speed via your service provider

1. Switch to an internet plan with higher internet speeds

If you’ve got the newest router tech on the market, placed it in the best possible spot in your home and installed the latest firmware updates, but you still have an abysmal download speed, the culprit may be your internet plan. The thing is, different internet plans, not to mention different internet providers, offer different maximum speeds. So if you’re wanting to get faster internet, it may just be a simple matter of paying a little extra for a plan that offers a greater Mbps (megabits per second) download speed.

If you’re in a family of 4 or 5 heavy internet users, all wanting to stream in 4K, play online games, video call and download large files, more or less simultaneously, then opting for an higher speed nbn plan like soul mates nbn Home Fast could do the trick.

If you’ve had no luck fixing the issue yourself, it might be time to hop on the phone to your internet service provider. They may be able to run remote diagnostics on your connection and confirm if there are any network issues. If not, they’ll probably run a speed test with your over the phone, both via your WiFi network and with an Ethernet connections. If the speed test works fine on a wired connection but not on your wireless connection, then there may be an issue with your WiFi network.

👉  Sign-up to one of MATE’s award-winning nbn internet plans today!